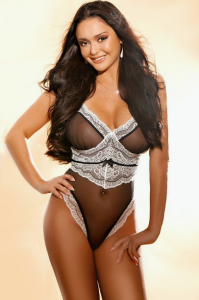 Today we’re talking about London life in general. With the added London escort touch of course, we wouldn’t neglect that, it’s a part of everything we write on here you understand.

London is a stressful place. It’s an unfriendly place at best most of the time. People don’t want to take the time to get to know you, they don’t want to speak to each other, and they certainly don’t want to interact unless they really have to. It’s a shame, because it’s one of the most diverse and interesting places on the planet, that’s home to so many different people and cultures it’s truly fascinating. Our London escorts alone come from all over the world!

Loneliness among so many

The trouble with all this is that you can become very isolated, even though you’re among so many. It’s a haven for those who suffer with anxiety or depression because they are not challenged to interact with people. You can quite easily disappear from existence when you live and/or work in London. But we would like to change that. And you can do something to help.

We are appealing for you to talk to at least one person on the tube every day. You can pick the person you want to talk to, and it doesn’t have to be a discussion about anything important either. Small talk will do. Discuss the weather, or something like that. Admire their shoes, do something brave like that. We bet you it won’t be a problem.

We know this because we run London escorts! It’s obvious that everyone wants interaction and company, it’s just that not that many of them are brave enough to go ahead and take it. You would be surprised at what a good response you would get from the person you choose to talk to. Unless you get a nutter. No-one likes a nutter!

That's right, all the girls at Allstars Escorts are £100 per hour. That's the best value you're going to get for girls of this quality in London today!